Enforcement of Foreign Judgments in the UAE 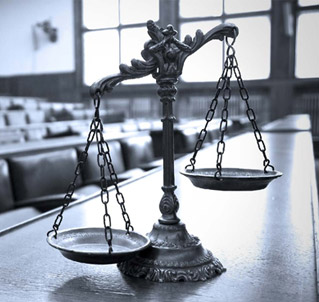 Any party who obtained a foreign judgment is eligible to take the required legal procedures in front of the UAE civil courts to request for the enforcement of this judgment – given that there are several precedents in which the issued judgments varied between approval and rejection (at the court’s discretion), upon evaluating and reviewing the documents and evidence previously submitted by the parties to the court that had issued the foreign judgment.

The enforcement of foreign judgments in the UAE is mainly covered by the Federal Law No. 11/1992 on Civil Procedures Code and the precedents that were issued by the Court of Cassation in Dubai in this respect. Based on those precedents, the enforcement of foreign judgments, in accordance with Article (235) of the Civil Procedures Code, requires that the judgment should be final and executable (with a certificate for possibility of its execution), in addition to the other conditions stated in Article (235). We will refer to this later in this article when we demonstrate a case that was handled recently by our office. We have succeeded to obtain a verdict from Dubai Courts to enforce a foreign judgment in the UAE without fulfilling one of the two conditions stated above.

Before reviewing the details of this case, we would like to highlight the Council of Ministers Decision Number 57 / 2018 on amending the law No. 11/1992 referred to above, where it stated in article 85/2 in chapter (4) regarding enforcement of foreign judgments, orders, and deeds the following:

2- The order shall be submitted by the concerned parties to the execution judge through a petition, which should include the details set out in article 16 of this regulation, the execution judge will issue his order in this respect within a maximum period of (3) days from the date of submission of the petition.

Therefore, before issuing the ministerial decision referred to above, it was compulsory in order to enforce a foreign judgment to register a civil case with the court of first instance in whose circuit the foreign judgment was intended to be enforced, while following the ordinary procedures to file a legal case. However, after issuing the ministerial decision, and particularly article 85/2 stated above, the enforcement of a foreign judgment became much easier, where it became sufficient to file a petition to the competent execution judge requesting to grant the foreign judgement enforceability in the UAE, where the said judge should issue the decision regarding the same within a maximum of (3) days from the petition’s date, hence, the new procedure saved time and effort for enforcing the foreign judgments in the country.

Recently, Hussain Lootah & Associates has been assigned a legal case for enforcing a foreign judgment in the UAE. The Court of First Instance and the Appeal Court have issued contradictive judgments, where the first has rendered a verdict rejecting the case, while the court of appeal ruled for accepting the case, bearing in mind that none of the parties had submitted a cassation to challenge the verdict of the Appeal Court, thus the judgment became final and enforceable in the UAE.

The facts of the case referred to above can be summarized as per the following: a couple got married as per a customary contract (unofficial marriage contract), upon which they have obtained a judgment from the wife’s country authenticating this customary marriage concluded between them. Thereafter, the couple relocated to live in the UAE and upon submitting this judgment (which is an equivalent to a marriage contract) to the competent authorities in the UAE, the latter rejected to work with this judgment, and as such requested the couple to provide documents proving that this judgment is enforceable inside the country.

The husband had filed a civil case before the court, claiming the validation and enforcement of a foreign judgment that had been issued to confirm the validity of the customary marriage contract. This case was registered with the first instance court and subsequently a judgment was issued in approximately (2) months from the date of registration; where the judicial proceedings could have taken much longer, but according to the new ministerial decision, the judge of execution should issue his decision within (3) days from the petition’s registration date.

The court of first instance rejected the legal case on the ground that the judgment to be validated and enforced had been attested by the embassy of the country in which the judgment was issued and the UAE embassy in the same country. Thus, this request was invalid and should be rejected. It couldn’t be refuted by the plaintiff’s reliance on Article (235) of Civil Procedures Code, as the above-mentioned judgment couldn’t be deemed as an executive deed that could be accepted in the UAE pursuant to the article stated above, on the ground that executive deeds or orders are dedicated to oblige the convicted party to carry out an action or to abstain from doing the same. Therefore, the Court of First Instant considered that the verdict revealed facts but did not decide on the same, and as such, it is not an executive deed. Accordingly, the Court of First Instance decided that the judgment is enforceable in the UAE because it’s not an executive deed.

Hussain Lootah & Associates appealed the judgment, and the Court of Appeal judged in cancelling the appealed judgment regarding the rejection of the legal case and to judge again for the authentication and validation of the foreign judgment issued by the foreign court, and as a result the Court of Appeal confirmed this marriage and ordered to register it between the two parties at the civil registry.

Whereas the above-mentioned judgment has validated the foreign judgment issued in the customary marriage on the ground that the above-mentioned foreign judgment did not include any commitment to carry out or abstain a specific action which is considered as a sufficient proof to prove a specific case of a legal action (marriage contract), the court has concluded that the purpose of the request submitted by the client (to validate and enforce the foreign judgment) is to authenticate and confirm this judgment only to enable him to complete the procedures and transactions which require a submission of proof of marriage.

This judgment was issued after the court reviewed the provisions of the judicial convention between the UAE and the foreign country in which this judgment was issued, and after making sure that the legal documents of the case fulfilled the conditions of attestation and recognition of the foreign judgment. Also, the appealed judgment was issued in the presence of the two parties and there was no contradiction with the public order or the public morals in the country in which it shall be executed. Therefore, the court has confirmed the validity of this marriage, (despite the absence of a guardian in the contract; the matter of the guardian in the contract is a controversial matter among the jurists, as well as the foreign judgment was issued by a foreign Shariah court at which the legislations have not stipulated for existence of the guardian), and thus, this judgment in the above-mentioned description shall not be deemed to have contradicted with the public order in the country in which it shall be approved, as it is not allowed to touch on the legal rules that governs the subject matter of the foreign judgment in the matters which are not considered as final judgments in the Shariah.

As a result, the parties didn’t challenge the judgment issued by the Court of Appeal before the Court of Cassation in Dubai, and as such, the judgment has become enforceable before all authorities in the UAE and has been executed.

The above case study indicates that the civil court did not impose in its judgment the following matters:

• The presence of a guardian in the foreign customary marriage which is a controversial matter as stated above.
• The necessity to notify the wife about the foreign judgment as it has been issued in her presence and has become final.
• Also, it did not require a certificate indicating possibility of enforcing the foreign judgment, as the subject matter of this judgment did not include an obligation to a certain matter.

Thus, the court has left the door open regarding the enforcement of foreign judgments without the need to submit a certificate to prove that this judgment is final, as long as the subject matter of the judgment has not included a commitment to abide by a certain action. Also, the judgment did not require the presence of a guardian in the customary marriage which is a controversial matter as stated above, as it is not allowed to touch on the legal rules that governed the subject matter of the foreign judgment in the matters which are not considered as final judgments in Islamic Shariah. Therefore, the above case indicates the vast and detailed discretionary authority that is granted to the Civil Courts in the UAE.